Home Business Should You Buy Gold?

Even if gold isn’t utilized in day-to-day transactions as it was in the past, it may still be an important component of a diversified investment portfolio. Gold has been used as a form of value storage for thousands of years. The following is a list of reasons why investors should consider buying at least some gold for their investment accounts.

A proven track record of not losing its value

Gold’s value has remained consistent over the course of history. People believe that owning gold is the best method to both pass on their riches and keep it secure for future generations.

Individuals have placed a high value on the one-of-a-kind qualities of the precious metal ever since ancient times. Because gold is not subjected to corrosion and can be melted over strong flame, it is simple to deal with and may be stamped as a coin.

Moreover, unlike the colors of the other elements, this precious metal has its own distinct and stunning hue. Because gold’s atoms are denser and its electrons travel at a quicker speed, the metal is able to absorb part of the light that passes through it. Einstein’s theory of relativity was required to explain this phenomenon.

The best form of protection 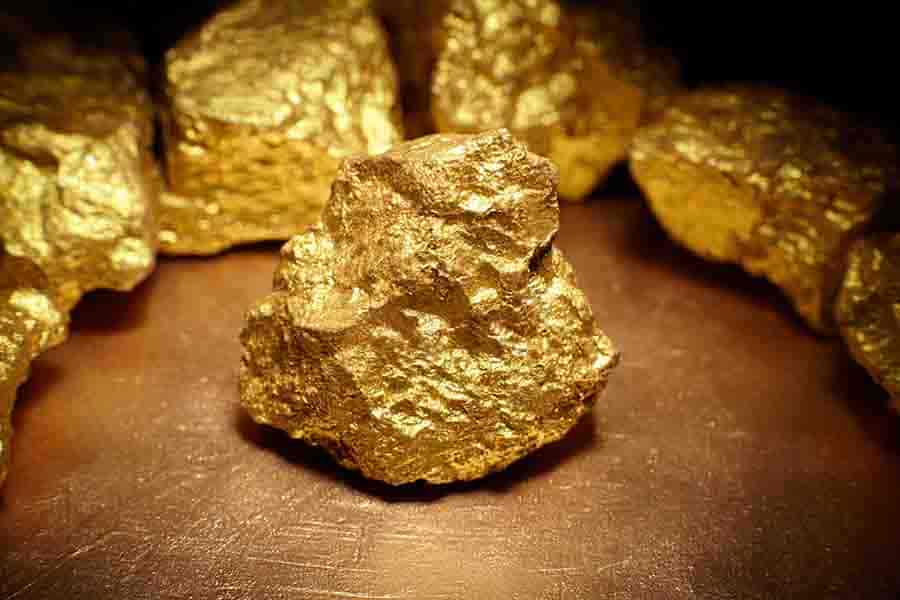 The possession of gold might very well be the best possible safeguard against uncertain times. Individuals have been asking variations of this age-old question for centuries: “Where can I really be sure that my money is secure?” A growing number of individuals are currently selecting the answer that has been around the longest – gold.

The economy of the United Kingdom, as well as that of the entire world, is in danger because of the addition of billions of dollars. The value of funds that are retained in the bank is decreasing as a result of historically low interest rates and an anticipated increase in inflation. Despite stagnant wage growth and rising unemployment, the cost of living is steadily going up. This has a negative impact on incomes.

This is where the value of gold comes into play. Gold is one of the few assets that may provide a high level of assurance, and gold bullion, in contrast to other types of investments, can never lose its value. Because its value continues to be particularly robust when other assets like stocks as well as property are under-performing, hedging one’s portfolio with gold bullion is an efficient approach to protect oneself against the performance of other investments.

Deflation, inflation, interest rates, jitters in the stock market, as well as currency troubles are some of the other economic aspects that gold may successfully protect you against. It is important to note that the value of gold is recognized all over the world since it is a very precious metal. Gold is regarded as a desirable luxury item no matter where in the world you are. Gold bars as well as gold coins may be readily transported from one location to another, which is another advantageous and easy feature of investing in gold.

It is a common belief that owning gold is a wise investment at any point in time. It is a tangible item, as well as an asset that has stood the test of time, and it cannot lose its value in the same way that money does, which happens when the government decides to issue additional money through a policy known as quantitative easing.

Gold bullion, especially tiny units of gold including gold coins, might be used to purchase and trade your way out of problems even in the most catastrophic and improbable scenario, in which the banking system faces collapse and paper money loses all of its value. You should click on this link.

Since the financial crisis of 2008, individuals have paid increased attention to their own finances and are searching more diligently than ever before for alternative ways to preserve the purchasing power of their money.

Gold provides a long-term safe haven for people who want to secure and preserve the worth of their money since its value will always be substantial regardless of what else is going on in the world. The purchase of gold as an investment need to first and foremost be seen as a low-hazard security asset for one’s own and one’s family’s future.

The volatile nature of the economies of the United Kingdom and the Eurozone, particularly since the beginning of the Brexit process, points to continued long-term strength and likely price increases in gold around the world; however, the possibility of profit should not be the primary motivation for investing in gold.

The purchase of bullion should be seen as an investment that does not involve speculation and is secure for the long term. Having gold in your possession adds a distinct and fascinating facet to your investment portfolio.

It also gives you the chance to diversify your risk away from the unpredictability of other types of assets, such as stocks and shares, real estate, and currencies, which may be under-performing. You need to check out Goldco Direct, among other options to find out more.

Investors are afforded the highest level of control over their wealth when they actually possess gold bullion bars as well as coins in their possession. Holding your gold at home or in a safe storage facility gives you complete control, ownership, and obligation over your own future rather than being dependent on third parties.

Owning actual gold, such as coins and bars, is the only way to obtain this level of control; neither paper gold nor electronic gold will do (ETFs). This power even extends to the ability to choose how, when and where to release a portion or all of the value of the investment.

Your gold might be sold to one of the hundreds of bullion dealers who are waiting to take your call right now. The worth of the gold may be determined in a matter of minutes, and investors can choose to receive either a bank transfer or immediate cash payment on the spot on the same day.

What Are The Advantages of a Screw Compressor?

Billboard Advertising in south Africa: what to watch out for

How Podcasts Can Impact your Real Estate Business

Project Planning Tips For Your Business

Why You Should Invest in Gold in 2022