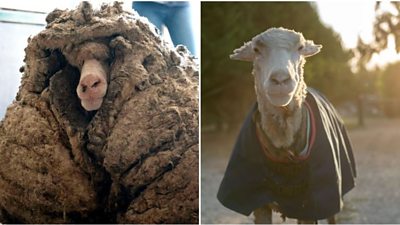 A sheep with a 35kg (77lb) coat of wool has been given a brand new fleece of life after being present in a forest close to Melbourne, Australia.

The ailing animal was taken in by Edgar’s Mission Farm Sanctuary, who named him Baarack and relieved him of his burden.