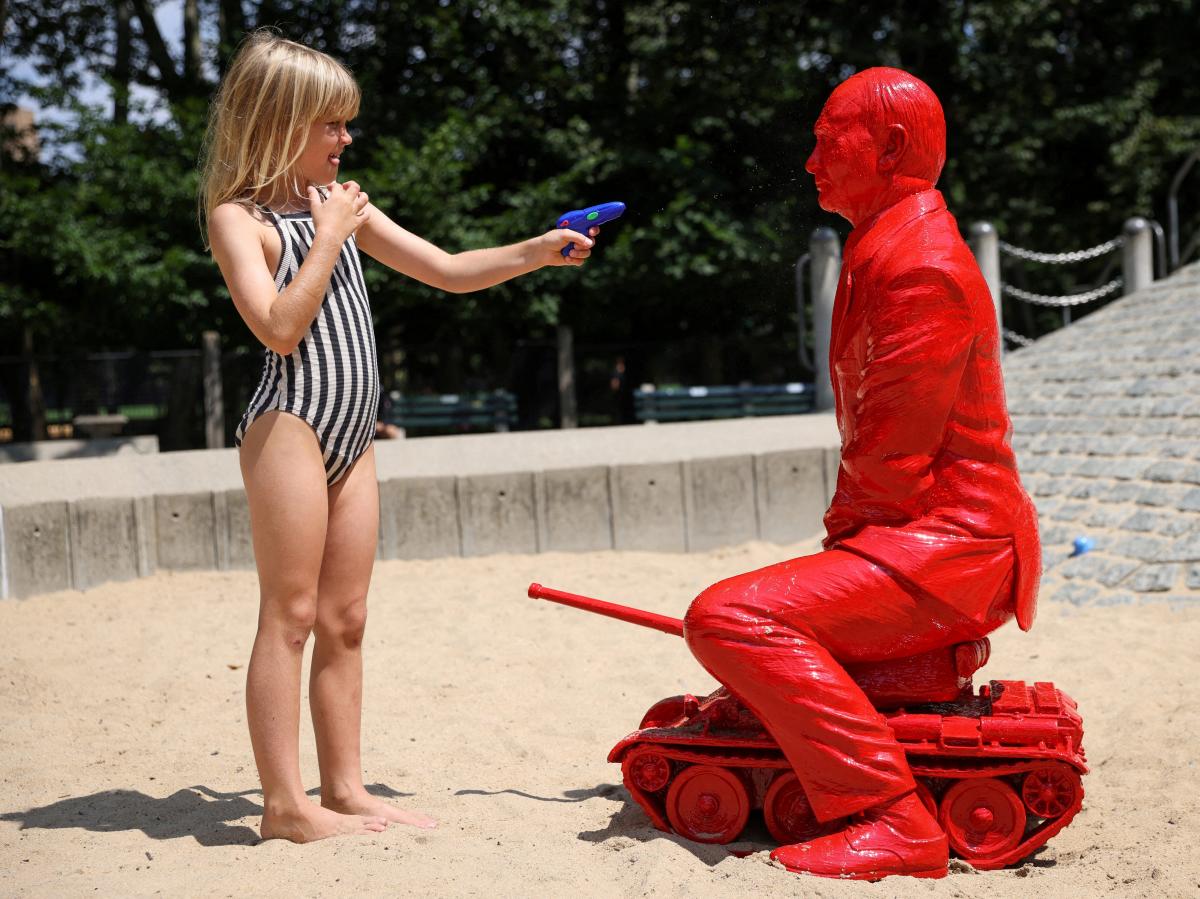 Russian President Vladimir Putin was noticed driving a tiny tank in New York’s Central Park this week and was swiftly swarmed by children — or at the very least, a statue of him was.

The Putin sculpture was created by French artist James Colomina and positioned in a playground contained in the Manhattan park, in response to the artist’s Instagram.

The intense pink sculpture reveals the Russian chief seated atop a miniature army tank in an nearly childlike squat.

“This sculpture goals at denouncing the absurdity of conflict and at highlighting youngsters’s braveness when confronted with violent, catastrophic conditions triggered by others,” Colomina wrote alongside images of his work.

The artist is understood for shiny pink sculptures that always pop up unannounced in public locations. Extra images present similar Putin sculptures in Paris and Spain.

Pictures of the sculpture in New York confirmed children rapidly embracing their new playmate by overlaying him with sand and aiming their water weapons at him.

The Manhattan set up comes practically six months since Russia launched an unprovoked invasion of Ukraine and because the combating continues, particularly within the jap a part of the nation.

It is unclear if the sculptures have been dropped at the eye of Putin, who goes to nice lengths to curate a public notion of himself as sturdy and manly: The Russian chief’s well-known photoshoots have featured him shirtless on horseback and posing majestically within the outdoor.